During a night battle somewhere in the Western Front of World War I British platoon attacks German trenches. Sergeant David Tate gets caught in the barbed wire and is unable to move. He calls out to Private Charlie Shakespeare to help him, but young boy is too scared to do anything. Finally he just runs away from Tate and gets under heavy fire. In the morning the platoon advances through open space in dense fog. They stumble upon German trenches that seems to be deserted, but to make sure they search the area to secure the position. While checking the complex maze-like trenches they find few German soldiers alive and a lot of dead bodies, but it seems that most of them died in internal fight between Germans and not from hands of the enemy. The three soldiers that they have found alive seems terrified, but not at the sight of British, but at something that is lurking somewhere in the trenches. One of them, Friedrich, warns them that evil force lives in this muddy maze and it will turn them against each other.

Mystery drama set during the World War I was an interesting approach to the theme, but just like other similar productions (f.e. The Bunker) that mixed war and horror not everything worked well. There was something missing about Deathwatch - the atmosphere was there, the premise was good, but with time the film was only losing value and the plot quickly became stale. Perhaps the real war is such horror that adding some mysterious elements to it just doesn’t seem to work. Or perhaps those two just don’t mix up. Whatever the reason was Deathwatch is obviously not the answer. 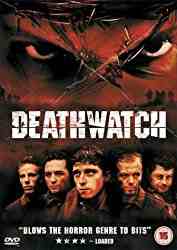 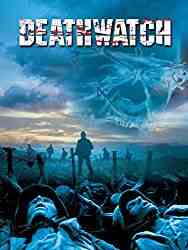