Young and idealistic war correspondent Lieutenant Werner reaches one of the U-Boat bases, where he will join the crew of U-96 under experienced Captain Henrich Lehmann-Willenbrock. Just hours before returning to their boats whole crews, including the officers, are completely drunk in local bar. The golden era for them have ended - in 1939 and 1940 they were the heroes of the nation sinking thousands of tons of Allied ships, but now in 1941 the situation has changed together with introduction of new sensors on British destroyers. After leaving their bases the crews feel free again, buy after few days even the idealistic Werner begins to realize the sad reality of service on submarine - the boredom, the monotony of watches, confined space, the stench. Soon it is obvious that even the officers are disillusioned about the outcome of war - they don’t believe in Hitler anymore, they know there is no way to stop convoys and there is no point in being away from their families that are in danger from Allied bombs. But the atmosphere aboard changes with radio message giving the position of nearby convoy.

Film depicts one patrol of U-boat U-96 during 1941 from point of view of war correspondent that joins the crew. Wolfgang Petersen managed to brilliantly catch the atmosphere on board of submarine, especially when they are in defence and the only thing the crew can do is to keep quiet and count the depth charges dropped by the escort ships. The idealistic war correspondent changes during this patrol - he realizes that the heroes of the submarine warfare, as he saw them in papers, are just dirty, bored soldiers that lost all the enthusiasm for war and would prefer to return home to their families. Very realistic and powerful picture of the war at sea - there are no heroes, no patrotic speaches, no medals - just grim reality of being trapped in the small boat beneath the sea and hoping to survive another attack. 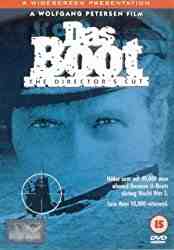 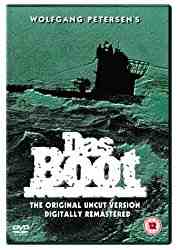