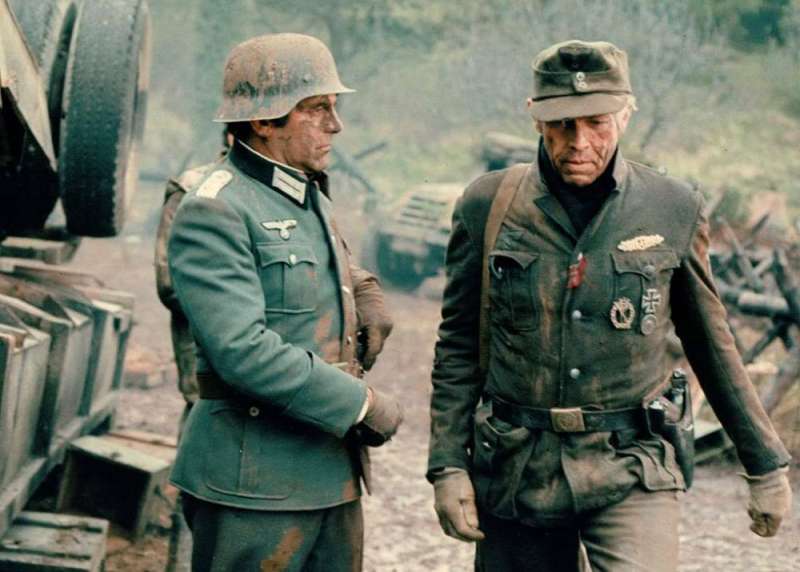 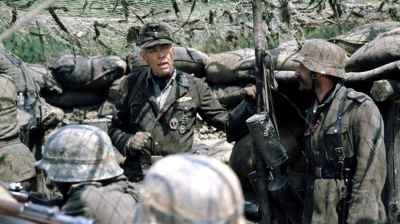 Hauptmann Stransky arrives to his new Wehrmacht platoon somewhere in the Eastern Front. He requested that transfer in order to have chance to get the Cross of Iron, but soon after his arrival it is clear to everyone else Stransky is not made for front duties. From the beginning he hears about Feldwebel Steiner, who in practice runs the platoon, but on their first meeting they clash with each other. Steiner is experienced soldier, stripped of any illusions that he is in Soviet Union to fight for any higher purpose than simple survival, while Stransky, heir of Prussian noble family, tries to force the basic discipline on the worn-out soldiers. During patrol Steiner caught a young kid in Soviet uniform and brought him back to their quarters, fed him and gave him something to wear. Together with Stransky few other soldiers arrived to fill the gaps of the fallen, for each of them the front line is a new experience. Soon their position is under attack and Stransky puts forward report about his heroic leadership under the enemy fire, however Steiner and the others refused to back his story.

War movie based on Willi Heinrich novel, The Willing Flesh, was co-production between British and German, although it was directed by American Sam Peckinpah. The story presented in Cross of Iron is similar to few other productions showing the other side of World War II - the disillusioned German soldiers that are torn between their loyalty towards their comrades and their duty for their country. Most of them see that Nazis cannot win the war, not to mention the reasons behind their decision to start the war in the first place, but at the same time, their German nature keeps them on the front line. While Cross of Iron has raw outlook, typical to Peckinpah style, the story lacks depth and is just as simple as most of the westerns Peckinpah made. 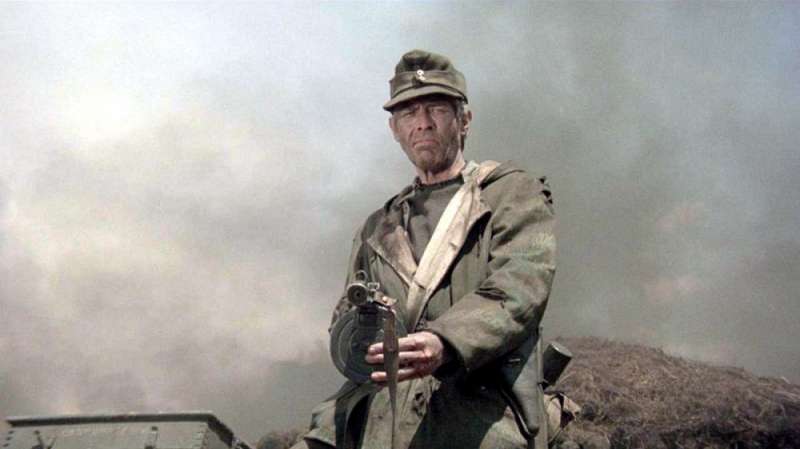 Creators of Cross of Iron

Cast of Cross of Iron

Events depicted in Cross of Iron