While traveling on the train to London, Charlotte Gray, young Scot, meets a man who tells her that he works for secret service. He gives her his card and asks her about her fluent knowledge of French language. Charlotte takes up a job as receptionist in private clinic and soon, on one of the parties, she meets handsome RAF officer Peter Gregory while he is on the leave. They get involved, but soon Gregory has to leave and returns to his unit. Charlotte later learns that his plane was shot down over France and that Gregory is missing in action. She decides to join special operations and completes the course that prepared her for the part of sabouteur and secret agent. She is transported to France and on the first approach to her mission she is almost caught by the local police. Her only contact in the French resistance, Julien, finds her a position as housekeeper to his father, Levade. She has to take care of two Jewish children that hide in the Levade’s house and at the same time help the resistance. She misses one of the operations, during which all of the resistance members were killed in ambush, Julien begins to suspect that Charlotte could be a double agent. Soon one of the city officials, who spotted the children she is taking care of, begins to blackmail her.

War drama based on the Sebastian Faulks novel tells the story of one of the female agents (Special Operations Executive) that British intelligence were sending to France during the World War II. They were secret agents operating behind enemy lines and together with French resistance they took part in sabotage operations and were collecting informations for the military operations. Character of Charlotte Gray was based on real person, New Zealand woman named Nancy Wake, but the plot is fiction. What is more the plot concetrates not only on Charlotte as secret agent, but there are strong romance overtones and at the end it is more of the war time drama than war movie.

Good cast, interesting plot, successful depiction of the dangers the SOE agents had to take, surprising turns of events, but on the other hand the pace of the movie is rather slow and the final effect rather disappointing. 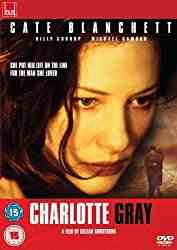 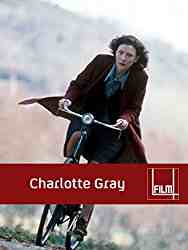