World War I is in full swing. Helene von Lorbeer, experienced German spy, is sent to Great Britain to gather the informations from the household of cabinet minister Arthur Bennett. She will work with the best German spy in the Britain - Strendler. When she arrives to the household she is contacted by the butler Valdar, who turns out to be German spy. Together they start to pass the information, but British begin to suspect that something is going on when another of their military operation is ruined. It turns out that Helene von Lorbeer has more than one ace up her sleeve.

Spy movie filmed in 1940 that tells the story from World War I, but in fact is bit of propaganda to warn the people that Nazi agents could be everywhere and gather the informations vital to the security. Since United States were not yet formally involved in the World War 2 the plot was set on British land during First World War. The film itself is quite decent spy story with young Boris Karloff as German agent. 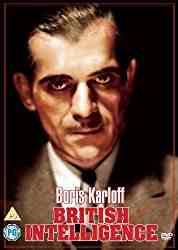