American operation in Mogadishu goes horribly wrong and soldiers are trapped in the narrow streets filled with armed militia.

United Nations and United States forces in civil war torn Somalia are preparing a raid on one of the armed clans organisation. The plan was simple - drop in from helicopters, arrest major insurgents and leave by the armored vehicles. But the plan was completely unrealistic and 120 of American soldiers were dropped right inside the area where about 4000 armed militia men armed with heavy machine guns and RPGs were operating.

What happened later is known as Battle of Mogadishu - desperate defence by Americans surrounded by large numbers of enemies. The movie is based on actual events that took place in capitol city of Somalia and is quite realistic view on a modern urban warfare.

There are some flaws in it - of course it was made in typical American style: brave American boys against hordes of godless enemies. Also there is a problem similiar to R-Point or Midnight Clear when after a while it’s hard to distinct one American soldier from the other (especially at night), so it’s hard to follow what is going on where, are the soldiers depicted joining the battle or leaving it. But despite that it’s very good movie. 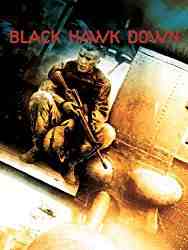 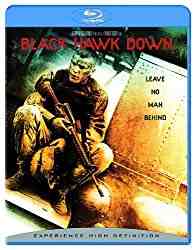 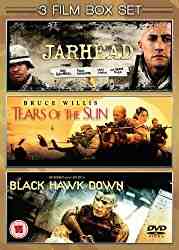 Creators of Black Hawk Down

Cast of Black Hawk Down

Events depicted in Black Hawk Down