In 1943 American submarine USS Tiger Shark, while on patrol on North Atlantic, receives coordinates from PBY Catalina flying boat. They have spotted survivors on a lifeboat, but with insufficient amount of fuel they were unable to land and pick them up. Lieutenant Brice of Tiger Shark changes the course and soon his crew spots the lifeboat, but when they approach it German destroyer suddenly appears on the horizon. Risking the a lot they pick up the three people from the boat and quickly submerge. Destroyer attacks them and damages the periscopes, but Brice has other problems. It turns out that the survivors are from British hospital ship that was torpedoed nearby. One of them is a woman, which evoke the old superstition that woman aboard sub is a bad omen. Soon they learn that other one, a wounded man, is in fact German, which especially enrages the crew of Tiger Shark. To make things worse strange things begin to happen aboard the submarine - from record suddenly begin to play during silent running to body of dead German showing signs of life. But that is just the surface of the story.

Mixture of war movie, mystery film and horror - claustrophobic interiors of damaged American submarine gave the perfect setting for story of fear, paranoia and desperation. The plot, although completely unrealistic (f.e. German destroyer using some sort of underwater hooks to attack the sub or black doctor aboard the ship), is interesting and involving. As war movie it has many flaws (like the mentioned lack of realism), but at the same time it is really entertaining movie. 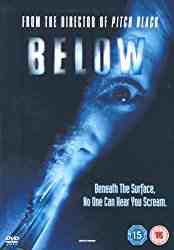 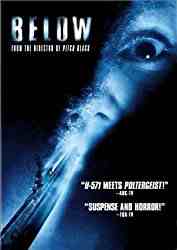 Events depicted in Below