In 1943 when Marines were preparing to make landing on Bougainville Island, small unit was given order to make a reconnaissance mission. French planter Bouchard passed to the Allies the informations about safe route through mines in the planned landing area. Sergeant Fletcher, who lost his platoon on Guadalcanal, is chosen to lead the mission. Their aim is to find Bouchard, confirm the informations that he passed over radio and report to headquarters that the route is safe for the Allied convoy. But the soldiers have doubts about Fletcher ability to lead them, which causes clashes between, which in such behind enemy lines mission could be deadly.

American war movie with Tony Curtis in quite unusual part for him - as young US Marine. The film is based on the Richard G. Hubler novel I’ve Got Mine. Hubler was veteran of World War 2 on Pacific and he used his experience as inspiration for the novel, although it’s hard to determine if any of the events presented in Beachhead actually took place. The plot itself is rather simple and, due to lack of US Marines support for the production, it was made with limited success. On one hand it is rather interesting behind enemy lines operation plot, but on the other hand parts of it seems to take place on the deserted island and the Japanese soldiers seems to be quite dumb. Also it looks like the budget was very limited - f.e. during the attack on Japanese tank all we can actually see is a turret, during the ambushes we can see not more than just few solders at the same time.

Also it is quite curious why US Marines did not support the project since it was showing their finest hours. They decided that... and this is kind of spoiler bit of information - two out of four marines that were taking part in the mission died, so it would mean 50% of casualties, and that was absolutely unacceptable since the public might not be so keen to join marines after watching the story in which half of the marines have died. But of course we are talking about military logic, not common logic.

Overall the movie might have been better if more effort would be put in it - the plot was interesting, but the execution of the film is another matter. There is a feeling that something is missing in the movie - perhaps the budget limitations were too big or the script was too messy, love overtones too forced and hard to explain... It is just another war movie with nothing that can’t be found in other productions. 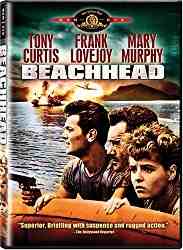