Marines land on the Japanese-held island and have to penetrate the well prepared defence lines.

Marines unit lands on a Japanese-held island and begin the attack to take over the ground. Japanese have prepared the well for the defence - they’ve build bunkers, strongpoints and hid their headquarters. All the Americans can do is push.

Film made with quite surprising realism and despite some minor faults presents the face of war not seen back in 1960s - we see not the uniforms, but the men behind them. They all have families, aspirations, reasons to live, but they all are stuck on the tiny island far away from their homes fighting for the land they don’t really care about.

Of course like many movies from that era there were faults in equipment used (post-war tanks instead of the types available on Pacific), but overall one of the 1960s war movies worth to see. 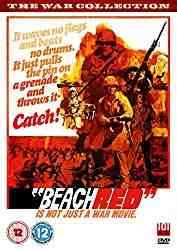 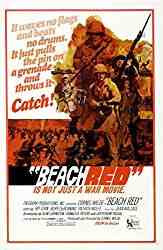