Battle of the Bulge war movie

Battle of the Bulge war movie

Battle of the Bulge

American intelligence officer suspects that Germans are preparing major offensive on the western front, but he has nothing to prove his theory. But when he gets the chance to prove it Germans are already pushing through Ardennes. Their winter offensive heads towards the Antwerp in Belgium - Hitler hopes that his new weapon, the King Tiger tank, will make the breakthrough. Their finest tank commander is appointed to lead the offensive, but in whole Germany there isn’t enough fuel for the tanks to make it to Antwerp.

The real Battle of the Bulge had it all - secret agents dropped behind Allied lines, surprise tanks attack, fog that blocked the airforce, the siege of Bastogne, massacre in Malmedy, American counter-attack - the story itself is enough to fill not one, but few movies. The 1965 Battle of the Bulge movie was made with spectacular effort, many well known actors were involved, many extras and army equipment were used.

Of course not every part of the battle could have been shown in the movie (even if it goes for almost 3 hours), but the biggest let down of this title is that in a high budget movie depicting on of the most important battles in history creators haven’t used a single German tank in it. Really, painting black crosses on sides of M47 Pattons doesn’t make them look any closer to Tiger tank. The size, mass and look of German tanks had huge psychological impact which is completely missing in this movie. M47 Patton looks like a big tank, King Tiger looked like a bunker on wheels.

Besides that there are some serious historical inaccuracies (f.e. narrator in the opening scenes says "to the north, stood Montgomery’s Eighth Army" - actually 8th Army was at that time in Italy and Montgomery was commander of 21st Army Group) which makes the whole effort wasted. The creators were not even bothered by fact that the battle is famous for being fought during very cold and snowy winter, while here we see a little snow, some mud and the last battle looks like it is almost in the middle of summer.

Battle of the Bulge full movie 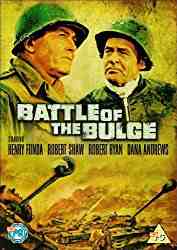 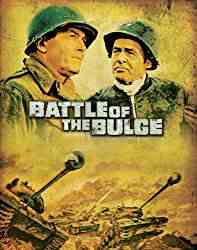 Creators of Battle of the Bulge

Cast of Battle of the Bulge 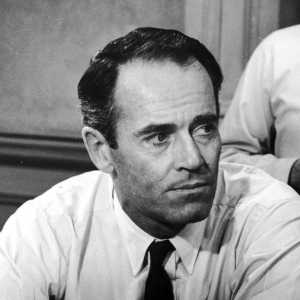 Events depicted in Battle of the Bulge