During Chinese Civil War unit of 48 men is sent to stop the overpowering offensive of Kuomintang forces.

Captain Guzidi leads his men to an old mine on the shore of Wen River, where they are ordered to stop the enemy offensive at all cost. They can retreat only if they hear the bugle call for assembly. Soon Kuomintang forces start the attack and Guzidi together with his 48 soldiers prepares the defence. When the enemy brings the tanks they have no chance, but still there is no signal to retreat, so they face the overpowering forces with what they have left. The battle ends with 47 defenders dead, Guzidi is the only one that survived, but he was caught wearing enemy uniform, so he is sent to prisoners of war camp. As the sole survivor he feels guilty and tries to restore the memory about his heroic soldiers.

China superproduction presenting the fate of the sole survivor and his struggle through Korean War and after the war so the heroism of his men would be recognized. Half of the movie takes place during the Chinese Civil War, where the creators managed to put up quite realistic scenes of the desperate defence and heroism of the soldiers. Second part of the film is about Guzidi’s further life. It is strong movie, although parts of it are lacking the pace or realism. 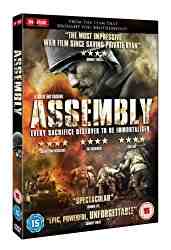 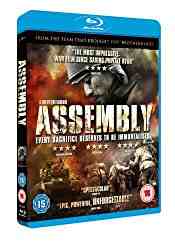