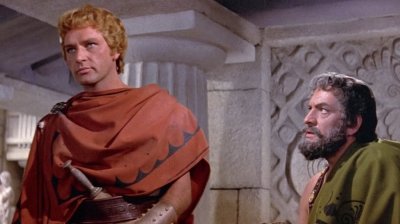 After a battle in his Olynthus campaign, Philip II of Macedonia receives a message that his wife Olympias has given birth to a son. From this point it is the story of one of the greatest leaders in history - Alexander the Great. Alexander wants to help his father to accomplish the two goals he put in front of him - to unify the Greek city-states and after that fight the Persians that were the main threat for Greece in last 200 years. When Philip is murdered by his bodyguard Alexander becomes the king of Macedonians and prepares the campaign that will make him a legend - he attacks the mighty Persian Empire and since the first battle shows the emperor Darius that he is powerful enough to overthrown him.

American historical drama based on the biography of Alexander the Great. The movie presents the political and military challenges pun in front of Alexander, who at the age of 22 started his incredible journey into Asia. As for film it was made in late 1950s, which was one of the worst times in American cinema - the film has a lot of pageantry, but lacks pretty much everything else good movie should have - pace, intriguing plot, good camera work, interesting dialogues. To make the things worse it also presents one of the least convincing battle scenes in history - the story based on military conquest... misses most of the most important military moments instead offering rather boring dialogues and poorly made reconstructions of the ancient battles. Not to even mention that Richard Burton playing 22-year-old Alexander was 29, blonde and blue-eyed, or the fact that all the battles seems to be taking place in some green valleys that look nothing like Turkey, Iraq or Middle East. 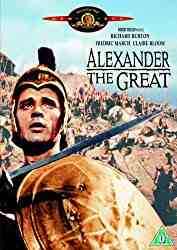 Creators of Alexander the Great

Cast of Alexander the Great

as Alexander the Great

as Philip of Macedonia

Events depicted in Alexander the Great