Young students operating within Polish resistance take up simple actions to annoy Germans and keep the morale of occupied Warsaw. For example they removed the iron board from Copernicus monument to reveal the previous one written in Polish. But soon they will have to grow up fast when a chain of events leads to one of them, Rudy, is arrested by Gestapo and put into Pawiak prison, where he is tortured. Zoska, leader of the group, plans an ambush on the truck that transfer the prisoners each day between the prison and Gestapo headquarters to rescue Rudy.

The title could be misleading (original title is Action on Arsenal) since the whole operation was an ambush on the prisoners truck and not an army operation. It is based on real events that took place on 26 march 1943 in Warsaw, near the building of Arsenal, when group of 20-year-old students attacked the truck and rescued Rudy and released other prisoners from the vehicle. Unfortunately Rudy was wounded and died the same day, just like Alek, one of the people involved in the action. 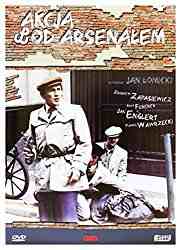