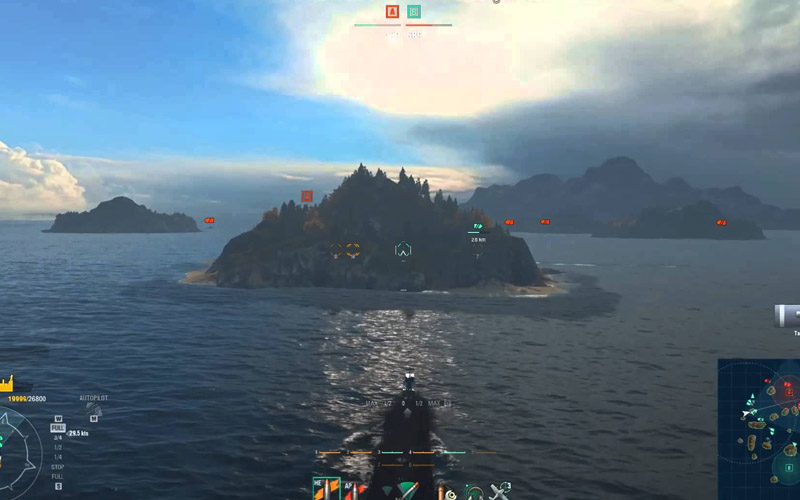 Belarusian online game that allows users to take control of historical warships in naval battles. Just like its twin, World of Tanks, it is mixture of game experience and actual historical equipment - even though the game was developed for over 4 years the final effect is slightly disappointing, especially when it comes to gameplay.

But from the beginning - just like in World of Tanks the available warships were split between few nations - Germany, United States, Soviet Union and Japan - with plans to expend the list of countries. Just like in World of Tanks we take part in multiplayer battles, where the teams are set up randomly, but taking under the consideration the tier level of the equipment used. The ships themselves were split between destroyers, cruisers, battleships and aircraft carriers (there were plans to introduce submarines, but obviously it did not worked). Up to this point everything seems allright - while gaining the experience you can improve your warships, train the crews, slightly improve the performance, etc. But when you play some battles the flaws of the concept begin to emerge - first of all all the maps are pretty much the same. Of course on one of them the small islands in the middle have palms on it and on the others there are rocks like in fjords, but overall they are very similar and make very little change to the battles. On the other hand the maps without islands would be pointless since the warships are all very similar in characteristics.

The battle modes is another flaw of the concept - they are more or less copy of World of Tanks modes, which makes very little sense. Most of the time the goal is to take over the area, which means warships from one of the sides must spend some time within the zone to take over control of the area. In case of tanks it makes sense - on the sea... not really. There could have been dozens of more interesting modes when it comes to naval battles - escorting convoys, attacking convoys, bombarding land targets, attackich ports, escorting landing forces, defenfing from landing forces and many more, but the creators produced only that one mode that usually leads to total wipe out of one of the sides.

The warships are split into tiers and battle teams are set up using warships from similar tiers, which is fair, but at the same time leads to boring battles. Contrary to tanks in World of Tanks warships here have similar armament and armor, which means that anyone can easily damage your ship and you can damage any other ship that is taking part in the battle. Again, it is fair, but boring. The steering and aiming in World of Warships is very simple, no problems there, the island give some sort of cover if you know how to use them, but rest of the game is equally unchallenging - just point at enemy and click, wait for reload and click again. That’s about it when it comes to gameplay. The aircraft carriers should have made a change, but unfortunatelly they didn’t - they have to stay away because they are too vulnerable, their airplanes can do a bit of damage to your ship (especially torpedo bombers), but since you have really limited options to operate anti-aircraft guns it isn’t much fun. Another factor that might have made the difference are torpedoes (used by destroyers and some light cruisers), but since the maps are full of islands they require a lot of luck and skill to make succesfull attack from long distance or to reach range close enough for point-blank attack.

As it was mentioned steering and aiming the weapons is easy, doesn’t require much skills to master them, but there is another problem with the concept - at the beginning of the battle, when enemy is far away it is all very simple, but when you fight in close range, especially using sniper mode there are too many thing you should take care of. Not only you have to avoid the islands, aim the weapons, control the repair works, but also avoid other ships that may crash into you, keep an eye on torpedoes, airplanes, enemy ships, check the map and keep the aim on the target. To explain it simple - you simply can’t do it all. Since the ships are from similar tiers equally armed and protected you have to stick to other ships from your team, otherwise you will be dead soon. Each time you are alone and facing two enemy ships you will be dead soon. That is why, since there is no tactics, there is no plan, you have to constantly check the map to see if other team members are still with you and did not turned around. When you use sniper mode you have to concentrate on the target to adjust the aim, but at the same time you have to look out for other targets and see if you are not in range of other enemies (especially since the range of naval guns could be over 15 km). Simply there are too much thing you have to take care of during the battle to avoid the errors - no wonder there are no single-handed warships.

World of Warships sounded like a great idea to make a multiplayer naval battles simulator, but as usual the reality is far from expectations - it is merely a copy of World of Tanks with water added to it, which is a shame. 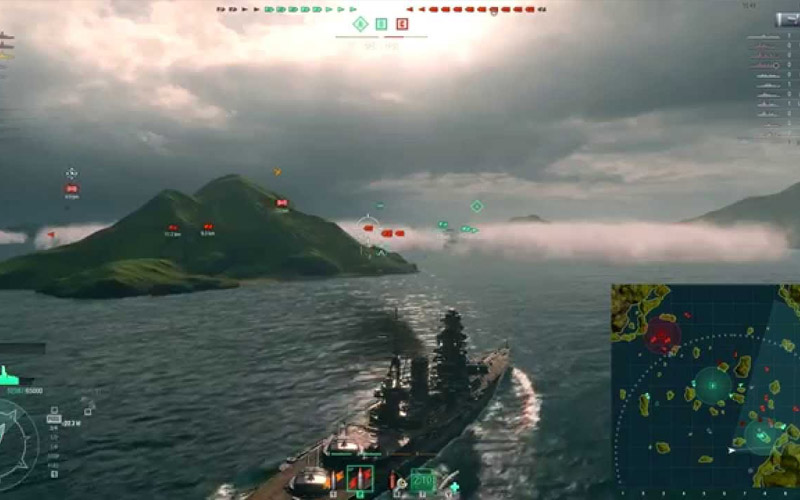 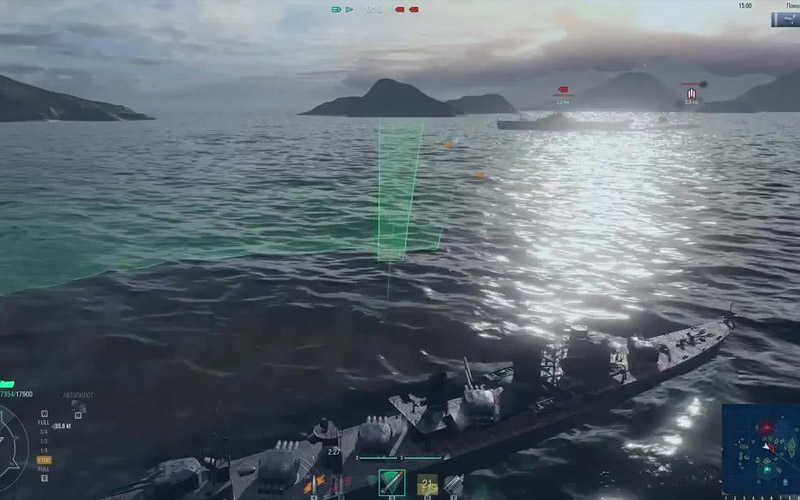