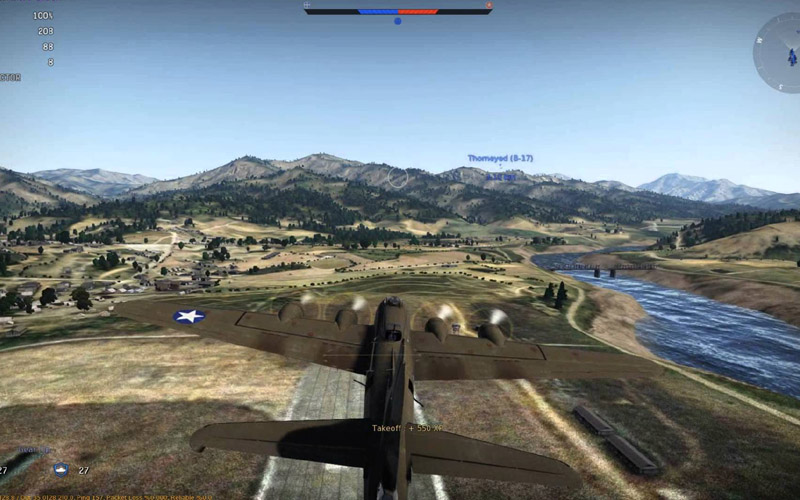 War Thunder is Russian massive multiplayer war game that firstly aws developed as alternative to World of Tanks that was at that point dominating the market. Thus War Thunder was primarly the tank warfare simulator, later expanded into aircraft warfare simulator. The game was developed by the company that had already experience in such games, Red Orchestra - first person shooter set during World War 2, where already it was possible to take control over tanks and armored vehicles and play the part of either driver, gunner or machine gunner, so in a way War Thunder is successor of Red Orchestra.

The main difference between War Thunder and World of Tanks is the approach - while in World of Tanks the vehicles are limited to tanks and tracked vehicles and more or less are just simple mass of steel in War Thunder the approach is different. Each of the vehicles can be X-rayed to see the vital parts of the tank (or airplane) and during the battle those X-ray views show the damage we cause to enemy and which exact parts of the enemy vehicle were influenced by the projectile. This is perhaps not that realistic, but makes the battle much easier to understand - if we see how the debris of our projectile have damaged enemy engine or injured their crew we can plan our next movements. Also we have much better understanding what was damaged in our own tank and what the limitations are right now. Another important difference is that in World of Tanks repair of the track or engine can be done in a second (using the automatic system even without stopping the tank), here it takes seconds that drag on while the bullets are flying around. The maps are very distinct and have various elements that make each battle feel completely different. Another huge difference is that each player can bring more than 1 tank to the battle and after one tanks is lost he can respawn using another, which makes the battles last longer and the situation in battlefield can quickly change.

The warplanes part of the game is surprisingly entertaining - there are different scenarios and very distinct battlefield, which again make each battle different. But the surprising bit it that even flying bomber over crowded area you are not completely helpless, flying good fighter you are still target for the anti-aircraft guns. This balance makes it interesting, but also in some of the scenarios the aim is to destroy all the ground forces of the enemy, so even the fighters have to take under consideration if they should concentrate on defending own forces or attack the enemy tanks.

But above only the arcade battle are described, while there are still two modes: realistic battle and simulation. In those modes some of the aids are switch off, but also there is no respawning, which makes the whole thing far more realistic - the only place where the plane can be rearmed or repaired is the airfield.

Of course there are also some flaws - stability (there are times when EACH DAY the game is being patched or updated, which makes it crash), there are some realistic, but very annoying bits (like your pilot is killed with first bullet that reached your plane or the whole crew of armored vehicle is killed on crash with another tank). But the really annoying bit, coincidentally exactly as like in World of Tanks, is the fact that Soviet tanks and airplanes are hugely over powered, which pretty much spoils the whole game - imagine that you take good World War 2 fighter (like Spitfire or Bf-109) and you have to face an enemy that is faster, has better agility, more guns and is using magical bullets - that’s how it feels in battles against Yak-1, LaGG-3 or even I-16. Not to mention that in case of two fighters colliding with their wings for the non-Soviet plane it is the end, the Soviet one will not be harmed (I’ve seen it few times). I don’t know what complexes Russian and Belarusians are trying to overcome, but spoiling their own games is rather silly way to do it. Another flaw that War Thunder and World of Tanks have incommon is using the f.e. planes (especially as premium) that are not historically correct or were just prototypes. XP-55 Ascender is perfect example - only 3 prototypes were ever made, 2 of them crashed during test flights and the whole concept was quickly dropped, yet in War Thunder XP-55 is a king of the skies.

Overall game far superior to World of Tanks, it is obvious that the aim, contrary to WoT, was to make a simulation game that would also be entertaining and the experience from previous game payed off. There are some flaws in the project, like rather poor help and guides, complicated experience and points systems, but still enjoyable game. 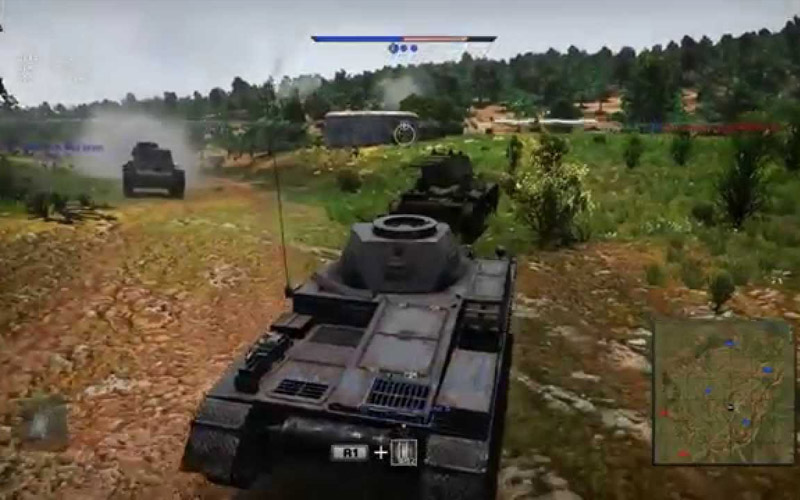 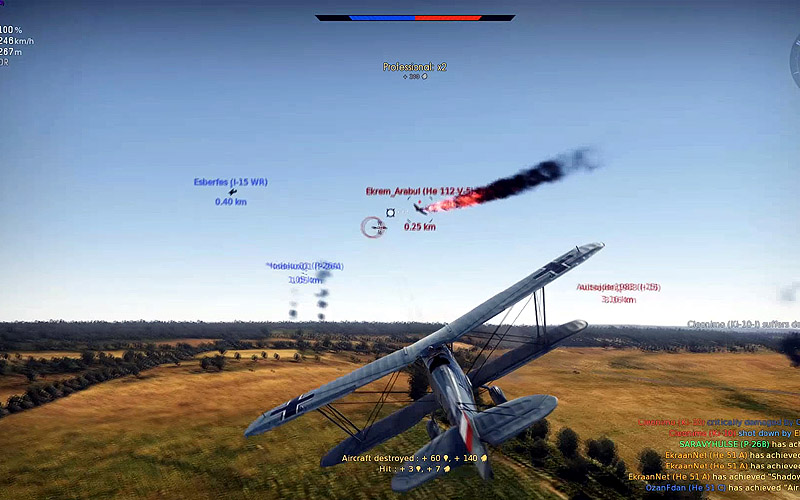 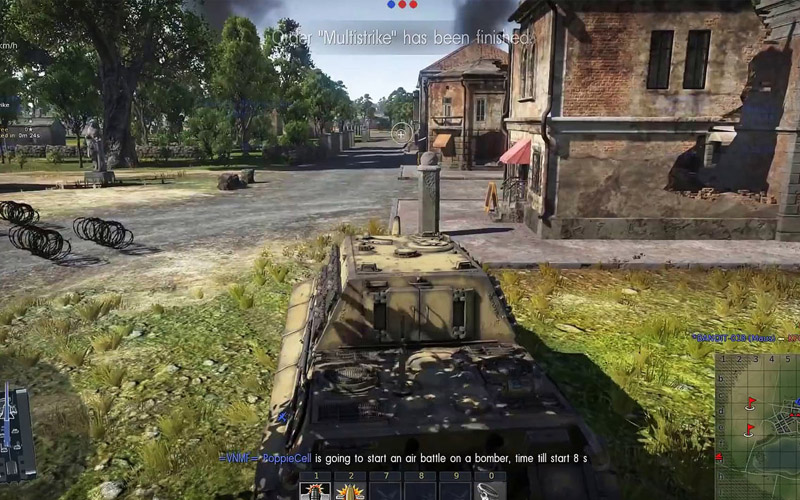