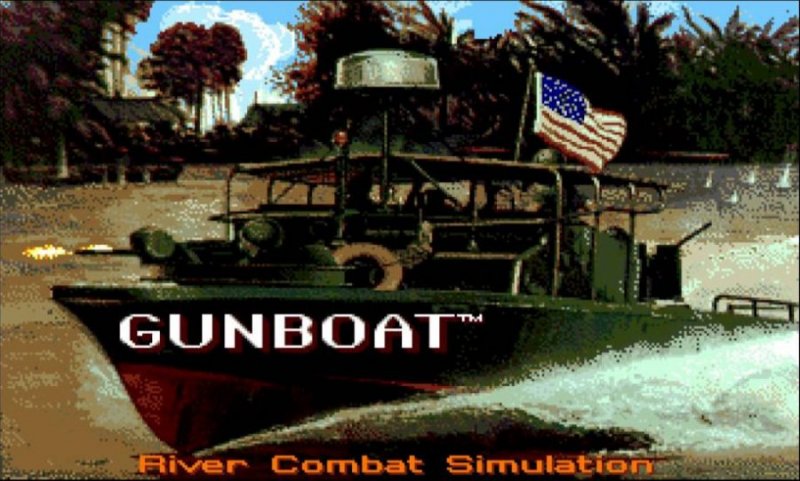 If you watched Apocalypse Now (and it would be surprising if someone still haven’t seen that classic war movie) you probably are familiar with the PBR boats. But in case you haven’t noticed it in Apocalypse Now here is short description: PBR (Patrol Boat, River) were designed as fast patrol boats to be used on the rivers of Southeast Asia. In that region the rivers are important transport channels and Americans simply could not overlook them during their operation in Vietnam. But the laconic name Patrol Boat, River could be deceptive - in fact they were miniature gunboats armed with heavy machine guns, grenade launchers, equipped with radars and also gave decent protection to the crew members.

It’s hardly a mystery what Gunboat is all about - we are put in charge of one of the PBR boats and while cruising through the rivers and delta somewhere in Vietnam we can take up some missions. They vary in character - in some we are transporting special task force to a designated area (not unlike in Apocalypse Now), but also we are sent to deal with the enemy tanks that are stopping the American offensive, we have to attack important convoy while it will be crossing one of the bridges, etc. Before each mission we can also change the configuration of the boat so it would fit our needs for the operation.

Just like in other simulations from that era we have few stations available on the boat - we can steer and navigate or switch to bow or stern guns. During the mission we constantly have to switch between them or use the commands to give orders to other crew members. But what is most challenging in the missions is the constant sense of danger - behind every bend of the river we can stumble upon enemies and they will start to shoot without warning. Sometimes we are lucky and it is only small patrol, but sometimes there are machine guns mounted behind the sandbags, not to mention junks, tanks and armored vehicles. Especially the night missions can be challenging, but even during the day it is hard to spot enemy before they start to shoot.

The graphics were simple and in way made even harder to detect enemy, but on the other hand the game is highly addictive - constant attacks, various missions, many ways to deal with the targets - all of it makes the game really challenging and involving.