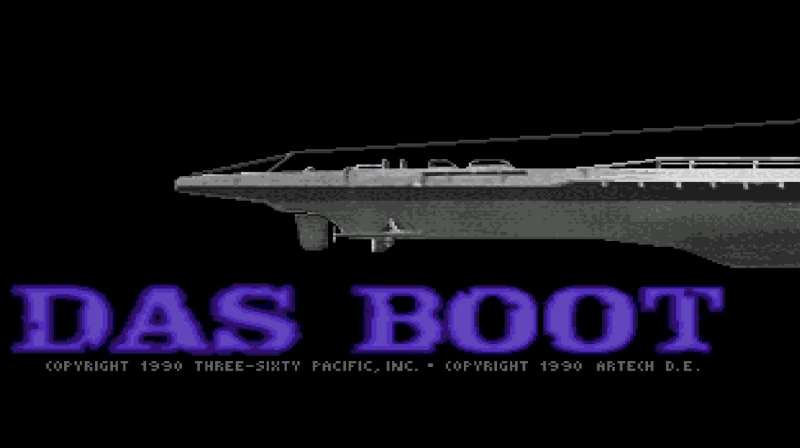 War movie Das Boot is one of the best ever made, so it is hardly surprising that there was an attempt to adapt it for the world of computer games. Three-Sixty Pacific, that published the game Das Boot, was most famous for production of Harpoon, the best ever naval strategy game, so it looked like it is a perfect combination guaranteed to success.

We are put in charge of the German U-Boot during World War 2 and we operate on the waters around Europe. We have few missions available (some of them suggested by the war movie Das Boot for example crossing the Gibraltar Strait, North Atlantic patrol for convoys), but each of them is slightly different, so they were not the problem in the game. The options available were quite interesting, like handling the messages, chasing enemy using only data from radio messages, different torpedoes we could use, chance to control gun deck and anti-aircraft gun. At the same time the basic bit of the game wasn’t flawless - creators decided to use 3D vector graphics that were at that point in time rather risky choice and the objects in Das Boot can hardly be called detailed (in fact some of them are even hard to determine what they are).

While the project was quite ambitious the final effect was a let-down - rather poor visual side of the game was ruining well designed rest of the gameplay. On one hand there were options available for the first time in submarine simulator (anti-aircraft gun, minefields, "milk cow" supply ships), but on the other the simulated areas were rather small and the atmosphere of the game was ruined during clashes with the enemy when we could not tell if we are looking at tanked or destroyer.